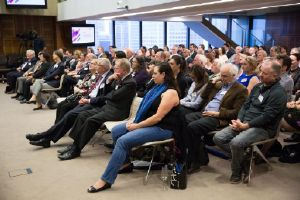 The Centre for Environmental Law bases its engagement with undergraduates on an enthusiastic student volunteer program. These volunteers are law students with a particular interest in environmental law, and boast various specific skills that aid in the development of the centre.

The student volunteer programme has been integral to the successes of the Centre, being involved in the development and administration of all of the Centre’s major projects to date. The program as a whole is an evolving dimension of the Centre, seeking to provide a mentoring environment for undergraduates and practical experience in environmental and legal research.

Each volunteer has a particular role and portfolio to work on, which is overseen by the Director and a HDR candidate appointed Coordinator. Weekly or fortnightly meetings take place between each volunteer and the Coordinator to ensure progress, answer any queries, and to delegate new tasks. A monthly group meeting is held for all volunteers to discuss current issues and overall objectives for the centre.

These portfolios are designed so that each student is in charge of a particular aspect of the development of the Centre and its projects. The program as a whole is an evolving dimension of the Centre, seeking to provide a mentoring environment for undergraduates and practical experience in environmental and legal research.

Current and past volunteers 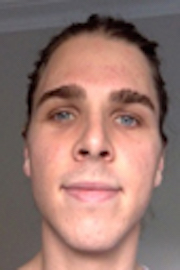 Simon is in his third year of a Bachelor of Science with the degree of Bachelor of Laws majoring in physics. Through the centre, he hopes to further deepen his understanding of environmental issues and assist in the development of the centre and its research goals. Within the extensive research areas of the centre, Simon is especially interested in the use of legal systems to encourage local and global sustainable development. 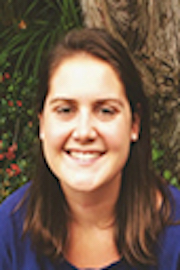 Alia commenced her law degree in 2013 in order to pursue environmental and animal law. She has always found these areas of law fascinating and in great need of advocates as our environmental resources and natural species are continuing to diminish by the hand of humanity.

Volunteering with the Centre for Environmental Law has allowed her to embark upon this journey. She is a current Roots & Shoots volunteer with the Centre – a program she has wanted to be involved in since her devotion to primates and Jane Goodall’s philosophy ignited.

Her time spent with orangutans in Borneo and mountain gorillas in Rwanda inspired the environmental campaign she is currently developing, which advocates for consumers to decrease their consumption of palm oil due to the resulting environmental degradation and the loss of ape species.

She is also currently working on recognising captive primate welfare in legal guidelines and frameworks in Australia. This work for the Centre is fascinating and exciting and she is looking forward to the outcomes that the Centre will deliver, for both Macquarie University and the community.

Ashley is currently studying a Bachelor of Environment/Bachelor of Laws and has a keen interest in animal law. Since starting at Macquarie University, Ashley has worked as a policy, legislative and media advisor at NSW Parliament.

During her time working for a NSW MP, she drafted bills to outlaw dolphin captivity and ban puppy farms NSW wide. In her local electorate, she successfully campaigned to outlaw circuses with exotic animals from the region.

In 2012, Ashley co-founded ‘Fin Free Sydney,’ a not-for-profit shark conservation organisation. Since 2013, Ashley has been working with Dr Mehreen Faruqi MLC on a campaign to ban shark fin products and derivatives NSW wide. In 2015, Ashley won the Global Leadership Excellence Award for her ongoing work in social, environmental and animal justice.

Shannon is a 5th year student at Macquarie University and will complete her Bachelor of Arts–Media/Bachelor of Laws in June 2018. Through her involvement with the Centre’s activities for nearly two years, Shannon’s passion for Environmental and International Law has grown exponentially becoming her main areas of academic interest.

Shannon has worked at the Land and Environment Court and currently paralegals at a specialist Environmental and Planning Law firm. Shannon was recently chosen for an internship with West Coast Environmental Law, an environmental law and public advocacy organisation.

Claire is in her final year of a combined Bachelor of Environment and Bachelor of Laws at Macquarie University. She has previously worked in the Strata and community land development field. Claire has a strong background in environmental legal research and a keen interest in international environmental law. Ellie is completing her final year of a Bachelor of Environment (Environmental Management and Geology) and Bachelor of Laws at Macquarie University. Her interests within the centre include sustainable development, both on a regional and international scale and the trade-environment nexus. She has an avid interest in international affairs, having completed a semester exchange in Copenhagen in 2014. She is actively involved in domestic environmental matters and advocating social justice, as a passionate volunteer with the Australian Youth Climate Coalition and upcoming placement at PIAC during the winter break. She is currently studying Environmental Law and wishes to enhance student engagement and awareness about environmental issues. Angela Downes is approaching her final year of a law degree as an external student at Macquarie University, after having attained a PhD in English Literature at the University of Sydney with a thesis on literary responses to the Australian landscape. Angela has an interest in pursuing further research in environmental law following completion of her law degree. Angela has worked as a paralegal at the Elizabeth Evatt Community Legal Centre in Katoomba for some years, and has a keen interest in both social justice and conservation issues affecting her local Blue Mountains community. Laura is currently in her fifth and final year of a combined Bachelor of Arts and Bachelor of Laws degree at Macquarie University, to be completed in 2014. She undertook a short-term French exchange to the University of Lausanne, Switzerland in 2012, and a semester-long Law exchange to Carleton University, Canada in 2013. In December 2013, Laura will undertake a legal internship with the NGO Forum of Cambodia in Phnom Penh, Cambodia. Laura’s interest areas include human rights, international trade, international humanitarian law, and international environmental law. 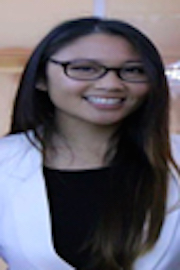 Kristen Koo is in 4th year studying Bachelor of Laws and Arts (majoring in Sociology). She is currently working as a paralegal at boutique firm, Bella Vista. Kristen has passion for social rights and international law, and worked on education grants for SWSI TAFE Indigenous Youth in 2014. 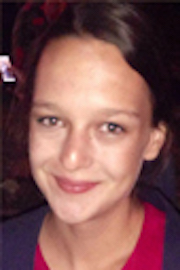 In 2012, Elizabeth completed her High School Certificate at Central Coast Grammar School on the NSW Central Coast. She commenced her university studies in 2013 at Macquarie University undertaking a Bachelor of Arts - Psychology with a degree of Bachelor of Laws. She aspires to pursue a career in family law, however does have an extensive interest in both environmental and criminal law. Elizabeth hopes that her combined degree of law and psychology will give her an informed and broad insight into a career in law. Danielle is in her first year of the graduate entry Bachelor of Laws at Macquarie University having previously graduated from Macquarie University in 2012 with a Bachelor of Science majoring in Human Geography. She has an active interest in researching cultural eco-tourism and sustainable development. In 2011 Danielle participated in a field trip to the Northern Territory to gain a deeper understanding of indigenous issues in Australia. Her role in the Centre is to liaise with academics and work as a research assistant on international projects. 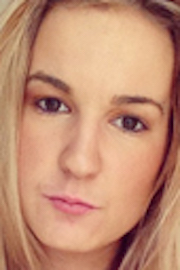 Alice is a current Macquarie University student, in her third year of a Bachelor of Science, with a Bachelor of Laws. Alice's passion is planning and environmental law, and she hopes to pursue a career in this area. Alice has recently returned from Borneo in July 2013, where she worked on a land rights project in conjunction with PACE. Alice is particularly interested in planning and environmental law issues in this region as she is able to speak Bahasa Indonesia. 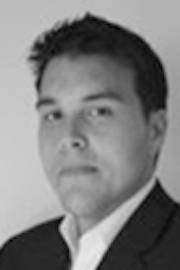 Before joining the CEL team, Beau has worked extensively in climate change policy and law reform, working with organisations such as the NSW Environmental Defenders Office and the Centre for Policy Development. Beau is currently seeking to reform environmental and trade laws amongst the world's least developed countries and helping them to build the capacity needed in order to create their own sustainable futures. Graduating in Public Policy from the University of New South Wales in 2010, Beau is currently in his final year of his LLB maintaining a focus on environmental and planning law. 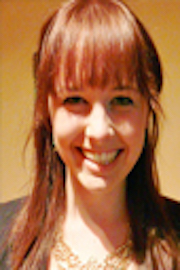 Jennifer is completing her second year of a Bachelor of Arts (Politics and International Relations) with a Bachelor of Laws at Macquarie University. She has an avid interest in international affairs, having done a Rotary Youth Exchange to Sweden in 2011 and been selected for PACE International’s 2014 Peru Challenge. This is combined with her passion for human rights and sustainability as a volunteer with Oxfam International, teacher’s aide in remote Indigenous schools and an executive member of a number of on-campus societies with a social justice focus. 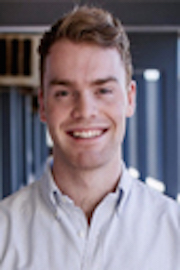 Max studies a Bachelor of Arts with a Bachelor of Laws at Macquarie University and is currently in his 2nd year. His interests and passions are diverse, ranging from international law to gender equality and from playing Rugby Union to reading Christopher Hitchens. Max’s work in the Centre generally involves developing strategic partnerships with influential international and domestic bodies and ultimately enhancing the reputation of the Centre. More specifically, the position entails engaging with preeminent scholars in the field as well as fostering strong working relationships with other environmental law centres, particularly those based in Asia and the Pacific.