The researchers/practitioners at Creative Ecologies Lab are busy and engaged. Here's a sample of what's being worked on in The Lab. 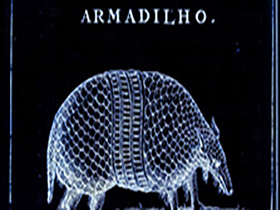 As a means of negotiating a volatile world, the armadillo opts to turn its own body into an armoured sphere, a metaphor for the weird and wired ways the human body itself can react, transform and mutate in the face of perceived threat. ARMADILHO represents a continuation of Jon's quirky collaborative projects with this one taking a sideways look at the interface between the body, anxiety and defense mechanisms. 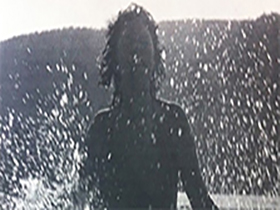 The product of a series of incremental and meticulously crafted studio collaborations across three cities, involving three of Australia's most interesting musician/producer/media artists, this release references the textured histories of recorded media, popular music and experimental sound arts. Work by Kathryn Millard. A compelling new feature documentary, Shock Room breaks open Stanley Milgram's dramatic 'Obedience to Authority' experiment and forces us to re-evaluate its conclusions. Are we really so compliant?

In the wake of the Holocaust, Milgram wanted to understand why people inflict harm on others. In 1961-2, he asked randomly selected citizens of New Haven in the United States to participate in a series of experiments. Claiming to be studying memory and learning, these subjects were prompted to give electric shocks to another person.

Fifteen to four hundred and fifty volts. At the top end of the scale, subjects believed they were inflicting a lethal shock. As a result of his experiments Milgram concluded that most of us will blindly obey orders.

My Lai, Rwanda, Enron, Abu Graib, the Deep Horizon Oil Spill, the News of the World phone hacking-'I was only following orders' is a defence threaded through history.

But there is more to this story. Milgram conducted more than 25 versions of his groundbreaking experiment over several years, discovering that in fact the majority of people will refuse to inflict harm.

Shock Room forces us to ask ourselves: what would I do? 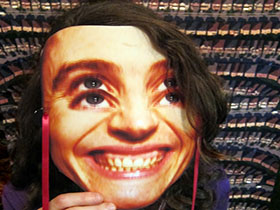 Work by Julie-Anne Long. The starting point for this research is a concern, shared by many in the performing arts, that the small-to-medium dance sector in Australia has been in a state of crisis for almost two decades.

In 2002, when Long began her PhD Walking in Sydney Looking for Dancing, causes for the state of crisis in which the small-to-medium dance sector had existed since the mid 1990s were attributed, by artists and organizations in the sector, to insufficient government funding. The approach of her thesis was to reframe the crisis as one of place and space, rather than simply financial structures.

The approach of this research is to address the crisis by trialing and exploring new innovative models for dance and performance making.

Practice-based models will be devised that advocate the social and build constructive communitarian relationships; models that support distributed collaborative practices and new dance-making agendas that look to other disciplines for connecting and creating across form and content.

The intention is to propose tactical solutions to enable ambitious yet resource-light models of production that will potentially generate new dance funding models, and improve sustainability of the sector.

Take a look at the work-in-progress screen test here. 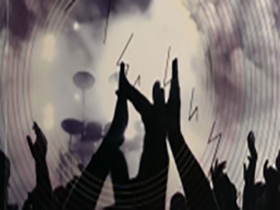 Contemporary artists embarking on a musical career enter into a highly competitive and complex environment. Whereas the pre-digital music industries consisted of definable streams of income and markers of achievement, such as live performance opportunities, record deals, royalties, and radio play, today's music industries involve multiple platforms and strategies that artists need to engage with. Defining "success" in this new environment goes beyond standard definitions of financial independence or peer respect (Letts 2013). 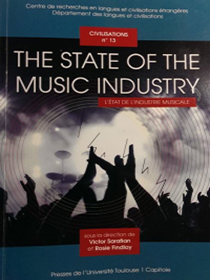 Success is contingent on planning for and leveraging numerous smaller successes in areas including developing "Do It Yourself" (DIY) and management skills and engaging in funding opportunities such as government grants. Artists may also employ crowdfunding or alternate means for raising capital, engaging with fans via social media, managing their online identities and personas, utilising online music video, and expanding into overseas markets in order to maintain financial viability.

This research draws on a series of focus groups with artists and industry practitioners within the Australian music industries, and considers the diverse contemporary approaches that artists take in order to achieve success in their careers. Work by Karen Pearlman. Woman with an Editing Bench - Editing thinking in innovative models of screen development and production practice.

Filmmakers use a range of strategies for developing film ideas before fully producing them onscreen. This research will test a strategy of "editing thinking" that uses the expertise of film editors - specialists generally brought in later in the process - to prototype ideas and strengthen empathetic response to them while they are still at script draft stage.  It will apply "editing thinking" strategies to production of a short film inspired by the life and work of Soviet Montage era editor Elizaveta Svilova (1900-1975).

The film, which models editing thinking as a process and is also about Svilova's editing thinking, will be proof of concept for larger scale future projects and a case study for a refereed journal article.

Visit the project website: Woman With An Editing Bench 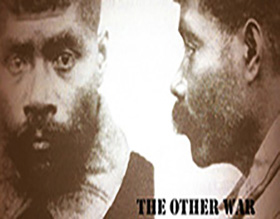 Work by Tom Murray. In 1915 German scientists began an immense task of wartime science designed to categorise 'the peoples of the world'. This ideological experiment involved Indigenous Australian and Pacific POWs, and paved the way to post-war NAZI racial ideology. The sound, image and other cultural records captured during this wartime experiment are now UNESCO-listed.

This documentary film research project will apply innovative and socially inclusive 'reconciling' research methodologies to repatriate significant Australian cultural records from this WW1 POW archive. It will document a post-colonial chapter in the aesthetics of 'otherness', and describe an important history of indigenous involvement in the foundational Australian narrative of WW1 conflict. The project brings together core areas of investigation within these disciplines by establishing a performative context to explore the concept of robotic performance agency.

The project fast forwards the Wagnerian concept of (Gesamtkunstwerk) 'The Total Art Work' (1895) into the present, through combinations of movement, sound, light and interaction. Whilst futuristic, Robot Opera draws on a multitude of historic reference points, visually the work embraces minimalist sculpture and the machine aesthetic. Julian Knowles' musical score interrogates the notion of opera with reference to the history of science fiction film soundtrack, the sonic language of robots in popular culture and the aesthetics of digital sound. Whilst in the context of performance art we acknowledge the tradition of breaking the fourth wall: Alan Kaprow; La Fura Del Baus etc. Importantly, the work also draws on the traditions of electronic music, sound art, media art and performance art cultures experienced personally from the 1990's.

With an added touch of the spiritual purity of Malevich's Suprematism, the work asks us to question the theory of Singularity (Neuman, Kurzweil, 2005), that machines will someday be more intelligent than humans and reach enlightenment (Mori, 1989). For Robert Geraci, "The Western goal of building a functional humanoid also received, no doubt, some of its impetus from religion" (Geraci, 2010). From homunculi to singularity theories the creation of robots and artificial intelligence may be considered an act of the divine, but at the same time, a mortal sin from a theological perspective. Recently, the likes of Stephen Hawking and Bill Gates have warned us that artificial intelligence is a threat to society.

Significantly, Robot Opera seeks to rethink what opera and performance is, or can be. By placing non-anthropomorphic robots in place of human performers we question, at what stage or within which contexts can a robot be perceived to 'perform' convincing agency?

The project was produced with support from the Australia Council of the Arts and Macquarie University and co-presented by Performance Space and Carriageworks. We would like to thank Performance Space for their support through residency and development.

Wagner, Richard. The Art-Work of the Future and Other Works. U of Nebraska Press, 1895.

Masahiro, M. (1989). The Buddha in the Robot: A Robot Engineer's Thoughts on Science and Religion.

Read the review in the Sydney Morning Herald.