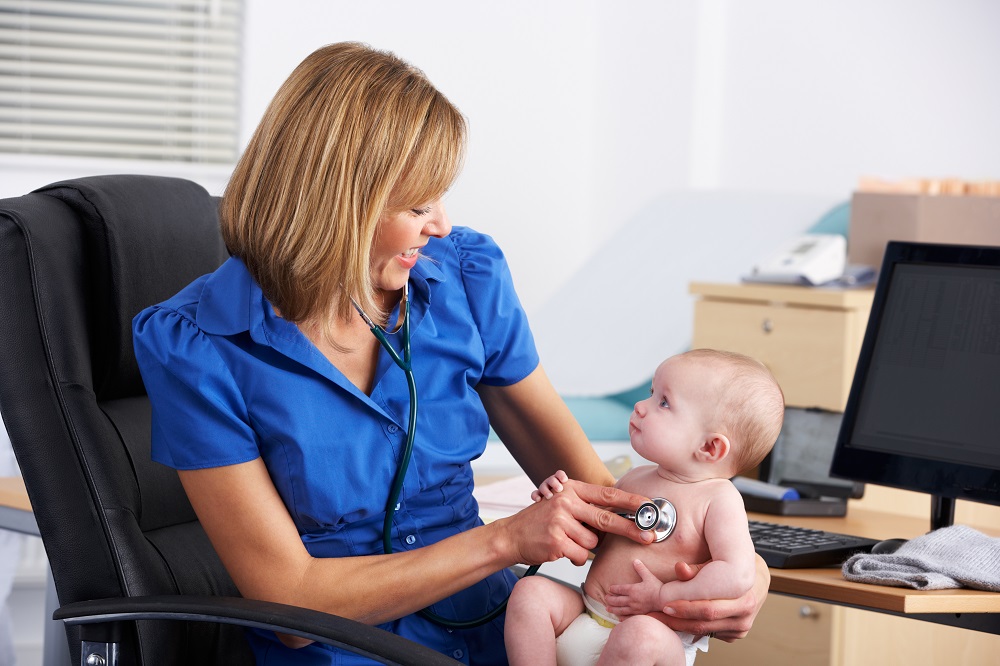 The outcome of this project is a comprehensive description of the use of pathology testing and variation in Australian general practice for the care and monitoring of patients. Additionally, our strong relationship with stakeholders has allowed us to provide PHNs with an evidence base for their quality improvement activities. This bidirectional flow of information has facilitated the direct translation of research to general practice.

Data overview: Active patients accounted for approximately 60–65% of total recorded patients from 2008-09 to 2017-18 in the original data. The demographic distributions of active patients in our sample and the samples collected by the national survey Bettering the Evaluation and Care of Health (BEACH) from 2015-2016 were relatively similar. The most common reasons for GP practice visits that appeared in the general practice data from Victoria and the national data (BEACH study and PBS data) were also similar. Overall, the 1o most commonly reported issues or reasons for patients’ visits in 2017-2018 were for care management (i.e., care plan and review, prescription, results discussion, and referral), preventative care (i.e., immunisation, health assessment), and the most common diagnoses were respiratory tract infection (RTI), and hypertension. BEACH similarly indicated that hypertension, check-up, upper RTI and immunisation were in the 10 most frequently encountered individual issues in all years from 2006-07 to 2015-16.

HbA1c and kidney function for monitoring type 2 diabetes: The estimated prevalence and  demographic distributions of type 2 diabetes from GP data from the three Victorian PHNs (6.2%) was consistent with the report from the national health survey from the Australian Institute of Health and Welfare (AIHW) published in 2018, which estimated 1.2 million or 6% of Australian adults had diabetes in 2017-18. While the majority of patients (71%-81%) in the Victorian data had kidney function tests annually as recommended by guidelines, only 50% or less of patients received HbA1c testing as per the guidelines’ recommendation. Improvement in follow-up HbA1c testing appeared to be particularly required in those who had results outside of the recommended HbA1c level (>53mmol/mol), where the overall median time interval was 4.7 months (IQR: 3.5–6.6 months) and slightly above the recommended three months.

INR testing for patients taking warfarin: There were substantial differences across PHNs in the proportion of patients on warfarin tested for INR. While the two metropolitan PHNs had 73– 74% of patients tested for INR within the recommended timeframe (4-6 weekly), there were only 19% of patients in PHN2, which is situated in a regional area. Further investigations are required to identify the underlying causes of the disparity in INR testing between PHNs, and where appropriate, to plan improvement activities.

Kidney function testing for patients taking Non-vitamin K antagonist oral anticoagulants (NOACs): The majority of patients (70%-83%) had their kidney function tested at least once a year as advised by clinical guidelines. The socio-demographic patterns of the patients who had annual testing however varied considerably by PHN, indicating that target populations within each PHN should be identified if further improvement in the annual monitoring is required.

Ferritin for iron deficiency: While there were no noticeable differences by PHN, a greater proportion of ferritin test results returned lower results for younger females compared to other age and gender groups. We observed higher variation among practices in the rate of low ferritin tests in females compared to males. This suggests that ferritin tests may be ordered in a higher variety of situations for females. Targeted testing focusing on adolescent and younger females may ensure capturing the groups most at risk for iron deficiency.

Thyroid function testing (TFT): Test ordering for patterns of thyroid function testing among Australian general practitioners align closely with recommended guidelines. Approximately 80% of initial thyroid function test ordering was in the form of a thyroid stimulating hormone test, which is in line with clinical guideline recommendations. There was also low variation observed among practices in the rate of tests returning with abnormal results, suggesting consistency in ordering patterns for these tests. Between 6.0% and 11.7% of TFT tests returned abnormal results depending on PHN and gender, indicating that more targeted testing may be necessary to improve the use of this panel of tests.

Vitamin B12 testing: Overall, the proportion of patients tested for vitamin B12 was 24%, and females were tested more frequently than males (29% vs 19%, respectively). However, among older people (≥ 65 years), males were more likely to be tested for vitamin B12 (39% vs 29% form females in this age group). For patients tested on repeated occasions, the median time interval between tests was 8 months for serum vitamin B12 and 8.2 months for vitamin B12 marker, both of which were shorter than the 12-month re-testing interval recommended by the most recent Medicare Benefits Schedule (MBS) Review Taskforce. Findings were similar across PHNs.

Prostate specific antigen (PSA) for prostate cancer screening: For men without symptoms of prostate cancer (PCa), the recommended testing age is between 50–69 years. Our analysis showed that the prevalence of PSA testing among patients aged 50–69 years was 45%, while for those aged 70 years and over, it was 39%. The proportion of patients tested multiple times increased with age, with 44% of those aged 70 years and over receiving repeat PSA testing. Furthermore, among patients aged 50–69 years, the testing interval following a normal PSA result was 12.4 months (vs recommended 2 years), whereas that of abnormal PSA results was 5.9 months (vs recommended 1-3 months). While PSA testing rates varied across PHNs, the frequency of testing and re-testing interval was similar.

Bowel cancer screening and colonoscopy referral: The proportion of patients aged 50 – 74 years who had an immunochemical faecal occult blood test (iFOBT) result recorded was 0.9%. Of that proportion, 67% lived in inner regional areas. Overall, males (46%) had lower screening rates than females (54%). However, the proportion of tested males increased with age. The positivity rate overall was 5.3% (107 of 2,024 patients tested). These findings are comparable to those from the most recent National Bowel Screening Program (NBCSP) monitoring report. The low bowel cancer screening rate can be attributable to GP clinical systems not being able to extract iFOBT tests issued as part of the NBCSP.

Clozapine: With the introduction of new supply arrangements for clozapine maintenance therapy, GPs no longer need to be affiliated with a hospital to prescribe clozapine as clozapine is available at community pharmacies. However, GPs are required to review patients’ white blood cell and neutrophil counts monthly before each prescription, and follow standard clozapine monitoring protocols. Our analysis showed that 66% of patients had monthly clozapine prescriptions and 79% of prescriptions followed recommended treatment guidelines. Since the monitoring of these patients still remains the responsibility of the supervising psychiatrist and secondary care activity is not captured by the GP clinical system, these findings suggest that GP data may have limited usability in the monitoring of care delivered to patients on clozapine.

Folate: Overall the proportion of patients tested for serum folate was 17%, and females had higher test rates than males (20% vs 13%, respectively). However, among older people (≥65 years), males had high rates of testing (37%) compared to females (28%). In patients tested repeatedly, the median time interval between tests was 8.1 months, which was shorter than the 12-month re- testing interval recommended by the most recent Medicare Benefits Schedule (MBS) Review Taskforce. Findings were similar across PHNs. 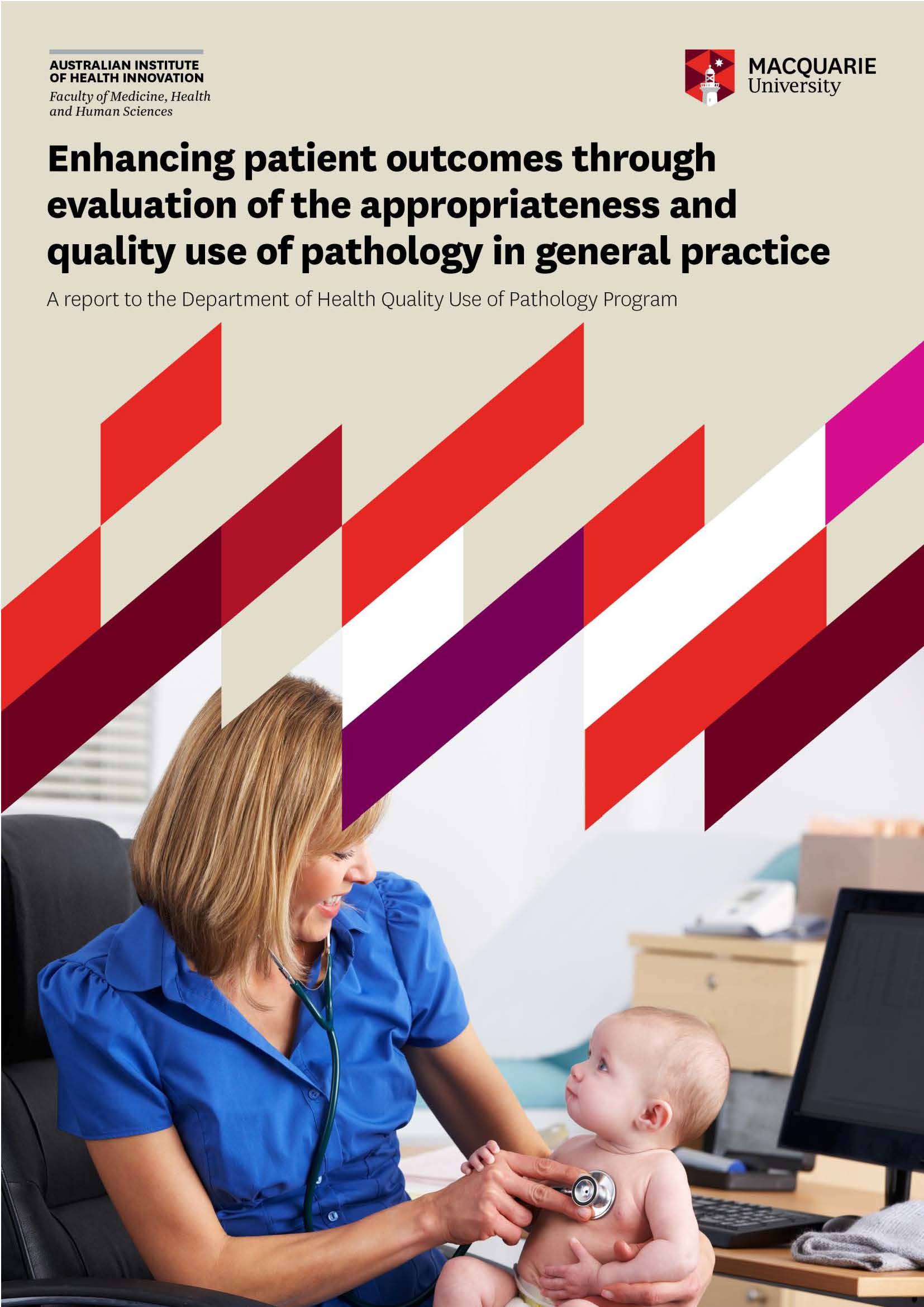 Enhancing patient outcomes through evaluation of the appropriateness and quality use of pathology in general practice. A report to the Department of Health Quality Use of Pathology Program