The Department of Molecular Sciences in the Faculty of Science and Engineering has an enviable representation of academic women at senior levels (with 54% at professor and associate professor level), which is significantly higher than the Australian universities average.

Science in Australia Gender Equity (SAGE) is national program run by the Australian Academy of Science (AAS) in partnership with the Academy of Technology and Engineering (ATSE), which promotes gender equity and gender diversity in science, technology, engineering, mathematics and medicine (STEMM).

Macquarie University is a charter member of the SAGE pilot of the Athena SWAN Charter in Australia, which is a program designed to support the promotion, hiring, participation and retention of women in STEMM.

The University is currently targeting an Athena SWAN Award at the Institutional Bronze level – once this has been achieved goal, the Department of Molecular Sciences will be eligible to pursue its goal of Departmental level award.

The Department of Molecular Sciences has a Macquarie University Women in Chemistry and Biomolecular Science (MQ WINC) leadership group to support and encourage female ECRs, as well as postgraduate and undergraduate female students. The group is comprised of women academics, staff and students.

In the early morning on 12th February, a breakfast was held at Macquarie University in Sydney to bring women together to celebrate significant Women in STEM throughout history. It was one of over 150 Global Women’s Breakfast events across 44 different countries under the theme “Empowering Women in Chemistry: A Global Networking Event”.

The hosts of this Sydney event were Department of Molecular Sciences at Macquarie University, which has a strong gender equality culture, along with assistance from mass spectrometry vendor SCIEX, who have a strong focus on diversity and inclusion as a global initiative. Attendees chose a figure that inspired them, and submitted posters to have on display during the breakfast. Guests were encouraged to vote for their favourite poster, discuss why a particular figure was special to them, and play games focused on identifying female scientific heroes. We also hosted games identifying famous Women in STEM throughout history. Prizes were awarded for best posters, quiz winners and general participation.

There were many smiles, pancakes, stories, and an atmosphere of celebration and positivity! Thanks to Amy Cain, Katie Glenn and Joanne Jamie who masterminded the event.

We are currently planning for the next symposium in 2019. 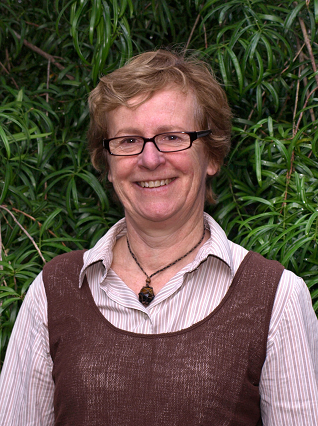 The event was a celebration of success in the Life Sciences sector with a panel of industry leaders exploring entrepreneurial and leadership opportunities for women.

Discussed were issues relevant to women in the workplace, including targets versus quotas to increase participation rates, as well as  thoughts on what is needed to achieve equality.

Attendees also had the opportunity to network with industry colleagues as well as to share their personal stories, challenges and insights.

A sold-out event, it is expected that the luncheon will become a regular annual fixture.