Depth Study 2a: Roles of Key Groups in Ancient Egypt

Depth Study 2a: Roles of Key Groups in Ancient Egypt

Roles of key groups in the ancient society, including the influence of law and religion

Ancient Egyptian society was highly stratified, however, it can be fundamentally divided into two principal groups: the elites and the non-elites. The elites represented only a very small minority of the population whilst the bulk of Egyptian society was comprised of the non-elites. These two principal groups can then be further divided into a number of distinct social groups and roles.

At the top of the social hierarchy was the Pharaoh; the king and sole ruler of the Egyptian populace and owner of all resources of the land. The office of kingship was believed to be divine and the king functioned as a mediator between the realm of the gods and the realm of the living. Thus, one of the primary responsibilities of the Pharaoh was to retain the favour of the gods and maintain order and balance on earth.

Below the Pharaoh sat the government officials. These individuals were members of the elite class and their role was to assist the king in overseeing matters of the state. The most powerful of these officials were the two Viziers. The Viziers essentially functioned as the king’s prime ministers and the country’s supreme judge in charge of all matters of the state. Under the Viziers were the officials whose complex administrative titles illustrate the vast array of departments which formed the Egyptian government. Government officials had various administrative and managerial roles and responsibilities, including managing the state treasury and granaries, managing the provinces and collecting taxes.

Next are the priests, who like the government officials, were also sought from the elite class. Priests were typically divided into two main groups: the hem netjer (servant of the god) and the wab-priest (the pure one). The primary roles and responsibilities of the priests were to carry out daily temple rituals on behalf of the king, officiate festivals and manage the temple estates, workshops, storerooms and resources.

Scribes (sesh) were also part of the elites and were seen as having one of the most important roles within Egyptian society. These small group of literate individuals were central to the functioning of the centralised administration as they were responsible for record-keeping, writing new documents and copying and recording texts for future generations. 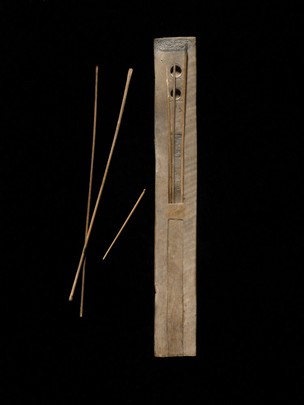 In contrast to the elites, the non-elite classes who constituted the majority of the Egyptian population. Skilled craftsman and merchants constitute the 'middle classes' of ancient Egyptian society. The vast array of wall paintings in tombs that depict scenes of industry and daily life, as well as archaeological evidence from dwelling sites, it is apparent that there was a diverse range of professions within ancient Egyptian society. Each of these were governed by their own hierarchy of overseers consisting of highly skilled craftsmen working in royal, temple and state workshops.

At the bottom of the Egyptian social hierarchy were the masses of the population, who were primarily farmers. These individuals were typically employed to work on government building projects, cultivated royal or noble land or worked on the estates belonging to members of higher social classes.