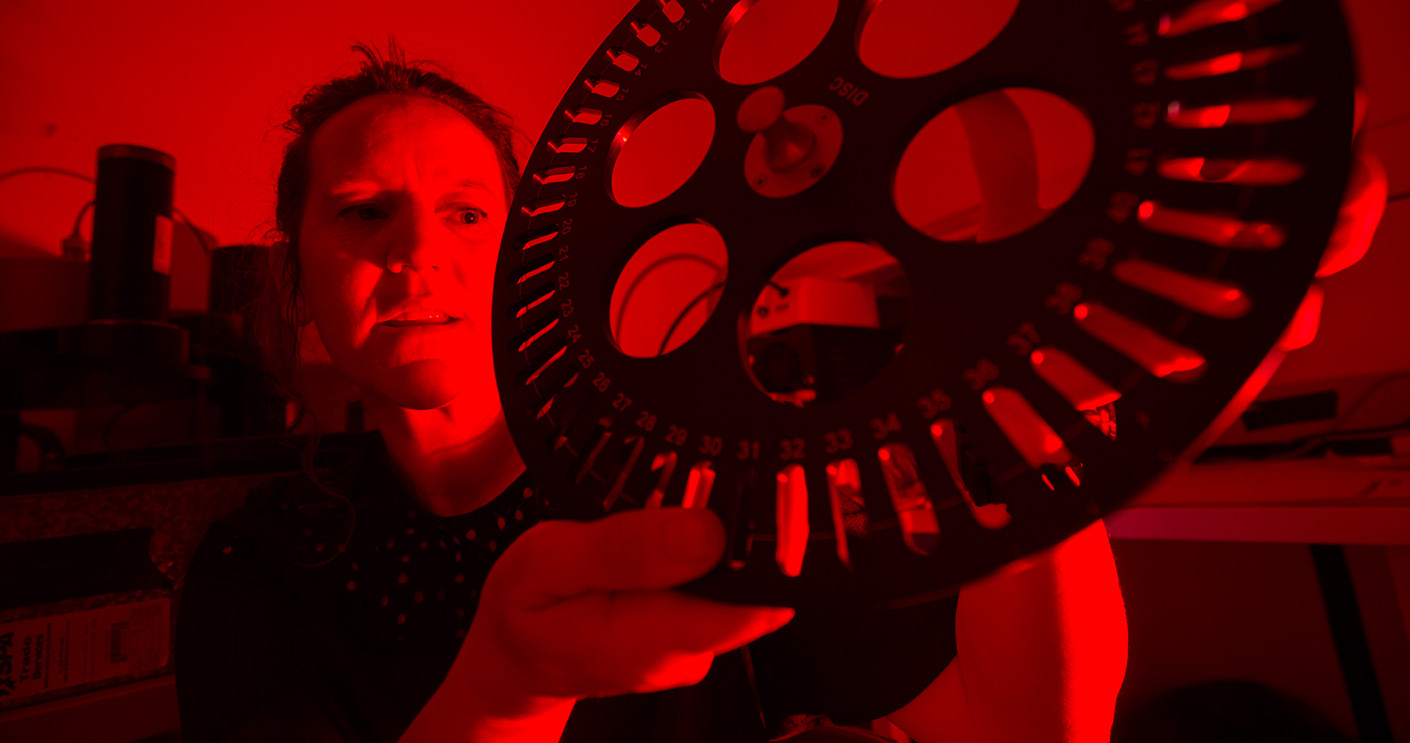 So, when a piece of research comes along that fits in with expectations, connects missing evidence and supports current research, it is welcomed and applauded like a long-lost friend.

This is the enviable position that a Macquarie researcher has found herself in and she couldn’t be more excited. Dr Kira Westaway from the Department of Environmental Sciences recently discovered the missing evidence that connects the human dispersal timeline from Africa round to Australia and supports an early arrival of modern humans into Australia.

Her lead-authored research recently published in Nature provides evidence for a human presence in Southeast Asia between 73,000-63,000 years ago – almost 20,000 years earlier than previously thought.

“You know that your research has been accepted when everyone collectively sighs in relief,” said Kira.

“We can now say with some confidence that modern humans had reached the island of Sumatra before 65ka (kilo annum) – when evidence suggests they had already made the crossing to Australia. This evidence has been greatly anticipated but has been a long time coming.”

The site, Lida Ajer, was a ‘lost cave’ excavated over 120 years ago by the ‘Java Man’ discoverer and Dutch palaeoanthropologist, Eugen Dubois. His findings were not lost, now housed in the Lieden museum in the Netherlands, but the exact location of the cave had been lost to scientific and even local knowledge.

Armed with a copy of a 120-year-old map and plan of the cave, Kira searched endlessly to rediscover this lost archive of evidence that was crucial to the human dispersal story.

“I sometimes feel like my life is like an Indiana Jones movie – finding lost caves in tropical jungles using a weathered old map, recovering fossil treasure to bring back to the museums,” she said.

Why was Lida Ajer so worth finding? 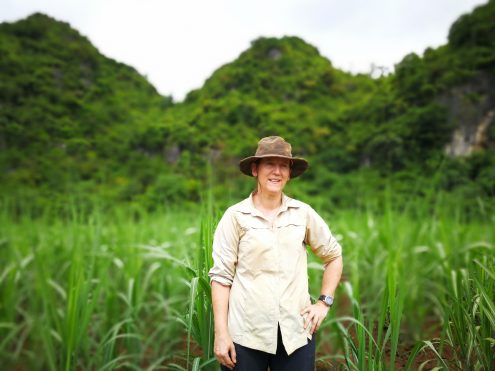 Nestled in amongst the dense array of orangutan teeth, Dubois also found two human teeth that were thought to be of great antiquity. Kira and her colleagues rediscovered the site with the intention of establishing a firm chronology for the evidence and testing the modern human attribution of the teeth.

“The hardest part was trying to find the site again.

“We only had a sketch of the cave and a rough map from a copy of Dubois’s original field notebook. We stumbled across the cave almost by accident. But, the minute I saw a large calcite column in the entrance I knew we had found the cave dug by Dubois over 120 years earlier.”

The Lida Ajer human teeth were identified as modern human 70 years ago by Hooijer, a Dutch palaeontologist studying orangutan fossils, and while the study was convincing, it lacked comparative studies of contemporaneous human fossils.

The teeth were reanalysed using state-of-the-art imaging techniques, allowing insight into enamel thicknesses and junctions between the enamel and dentine, critical for distinguishing human from other primate teeth. The analyses confirmed that the teeth are anatomically modern human, indicating that they were present on the Sumatran landscape at that time.

A barrage of dating techniques were applied to the sediment around the fossils, to overlying and underlying rock deposits in the cave and to associated mammal teeth, indicating that the deposit and fossils were laid down between 73-63 thousand years ago.

“Along with the location of the cave the importance and significance of these teeth had been lost due to an inability to confidently identify and date them. We finished off what Dubois had started all that time ago – but we had modern dating techniques and state-of-the-art scanning techniques on our side.

“I see this research as a triumph of modern scientific techniques applied to a long-standing problem.”

Despite fitting in with the recent human dispersal evidence from Morocco and northern Australia and providing the missing 20,000 years in Southeast Asian evidence, the research was not without its surprises.

“No one could have expected that the oldest evidence of modern humans would be found to the west of the expected dispersal route, so far inland, and up in the mountains within a dense rainforest environment – that was a surprise!”

It is generally accepted that modern humans dispersed via coastal routes due to ease of movement and plentiful resources. Rainforests are considered difficult environments to live in ­– they require technological innovations and sophisticated hunting techniques. Finding a modern human presence in a rainforest location at 73-63 thousand years ago suggests that these skills were in place by this time. This research supports a short chronology of human dispersal across the globe – meaning that they dispersed much quicker than originally anticipated.

“The capability of early modern humans is constantly surprising us – finding their presence in Lida Ajer at this time means that they dispersed much quicker and over a wider area, were more resourceful, and had more skills than we have ever acknowledged. I have a new-found respect for these early members of our species.”

Demonstrating its global appeal, this research has reached all corners of the globe with Kira being interviewed by news channels in Australia, Spain, Brazil, China, Russia and UK.

“Everyone has been really supportive and the general feeling is that at last Southeast Asia evidence can take its rightful place on the timeline of modern human dispersal from Africa to Australia.” 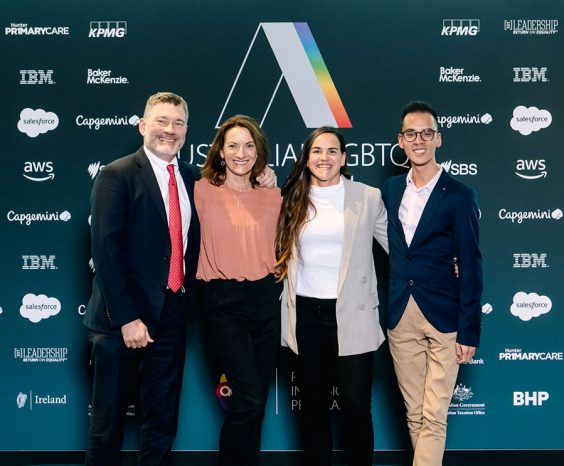 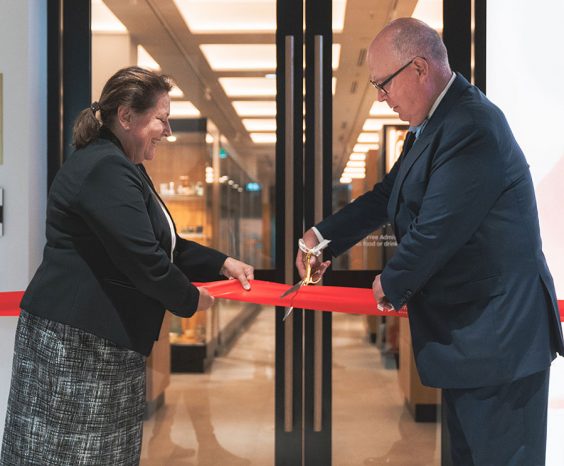 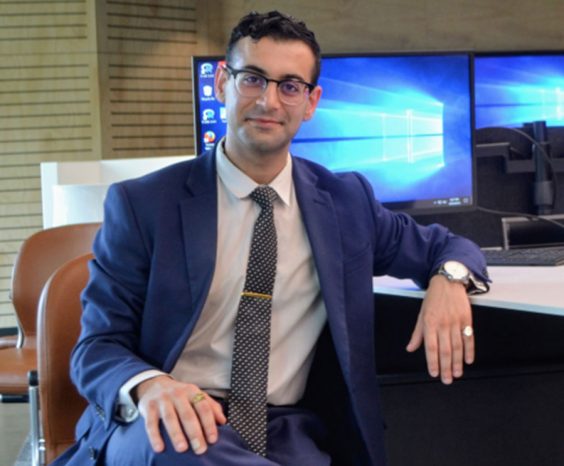 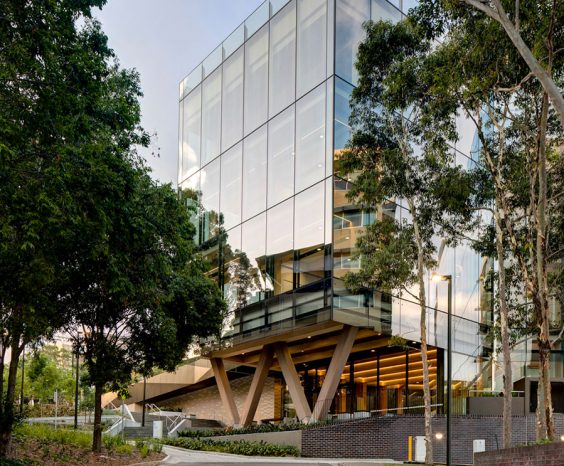 Sustainability report card: How is Macquarie doing against our targets? >>