At Macquarie you’ll learn from award-winning experts, using professional-standard facilities. Our courses equip you with an understanding of emerging media and industry practices, as well as traditional communications.

Show me information for:

Select an area of interest:

Study communications from a diverse array of perspectives to prepare yourself for living and working in our globalised world.

At Macquarie, you’ll explore the cultural, social, international and linguistic contexts of the evolving world of communications and develop skills across print, online and multimedia.

The ability to write well enables your voice to be heard on all of the issues shaping modern society.

At Macquarie you’ll learn about production, publishing, and cultural issues, while developing your craft amongst like-minded creatives. Explore fiction, scriptwriting, poetry, non-fiction and beyond.

Learn about production, publishing and cultural issues while building high-level writing skills in fiction and non-fiction, scriptwriting, poetry and beyond.

Learn the artistic elements of dance, while exploring the broader aspects of theatre, performance and your own potential.

The language of dance speaks to more than just aesthetics. At Macquarie you’ll start the performance of your lifetime, encouraged to generate your own directions and creative possibilities.

Experience your full potential as you learn about dance, theatre and performance. At Macquarie you'll be encouraged to generate your own creative directions.

Interactive design is about human behaviour and strategically imagining digital media, products and services as they could be.

At Macquarie you’ll learn the skills in research, design and development needed to bring innovative approaches to digital environments including web, mobile, and social, across a range of industries.

Learn to design, innovate and develop across digital environments including web, mobile and social media when you study Interactive Design at Macquarie.

The ability to tell a story through film is one that will serve you through a variety of careers.

At Macquarie you’ll learn the various skills of filmmaking from award-winning writers, filmmakers and broadcasters in some of Australia’s largest and best-equipped screen studios.

Develop your filmmaking skills when you learn from award-winning writers, filmmakers and broadcasters in some of Australia's best-equipped screen studios.

Communication across cultures, political systems, languages and social structures is an essential part of our globalised world.

Develop a cross-cultural perspective of media production and consumption, along with communication skills valued by employers in social media, public relations and a wide range of other media sectors.

Develop in-demand skills and perspectives of how media bridges cultures, political systems, languages and social structures in our globalised world.

Today’s journalism is virtually unrecognisable from that of a decade ago. Gain an edge in the changing media landscape at Macquarie.

Our ‘always-on’ society makes the heart of media production and consumption a place of great excitement, power and responsibility.

Learn to critically analyse the relationship between culture, media and society, as you investigate key issues around power, inequality and identity.

Investigate the relationships between media, culture, power and identity in today's 'always-on' society when you study Media and Society at Macquarie.

Who says your passion can’t be your career?

At Macquarie you’ll use the latest industry technology to explore various forms of music, honing your skills in performance, collaboration, creative thinking, and production.

Pursue your passion and explore new forms of music at Macquarie. You'll expand your skills in performance, collaboration, creative thinking and production.

Turn your passion into creative talent and technical knowledge.

At Macquarie you will be equipped to work in a range of screen environments. You’ll learn in our amazing screen production facilities, with teaching and inspiration from award winning producers.

Build on your passion for film when you study Screen Production at Macquarie. You'll develop the technical skills to succeed in a range of screen environments.

Social media has reshaped societies, economies, politics and cultures in a short space of time.

This evolving sector is constantly growing as people and organisations harness its power and engagement. Build the skills and knowledge needed to succeed, taught by some of the world’s foremost experts.

Harness the power of social media and boost engagement. At Macquarie, you'll gain the knowledge and tools for success from some of the world's foremost experts.

Sound producers work in a wide variety of creative and media industries, from film and television to advertising, radio and music.

At Macquarie, you’ll be taught by industry-respected teachers as you work in our world-class studio spaces, built by acclaimed designers.

The media industry is rapidly evolving; develop the skills you'll need to succeed now and in the future 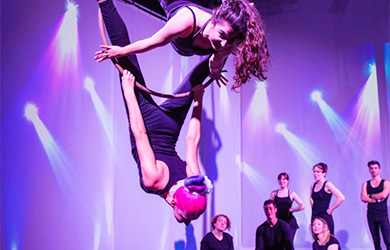 At Macquarie you have the freedom to combine almost any fields of study, giving you a more diverse skill set and expanding your career options. From 2020, you can join your media, communications and performing arts degree with any of our 50+ undergraduate degrees. When you learn from award-winning practitioners in professional-standard facilities, you'll gain the expert insights and the practical skills needed to succeed in the creative industries of the present and future.

Ranked in the top 1 per cent of universities in the world (QS World University Rankings, 2019) 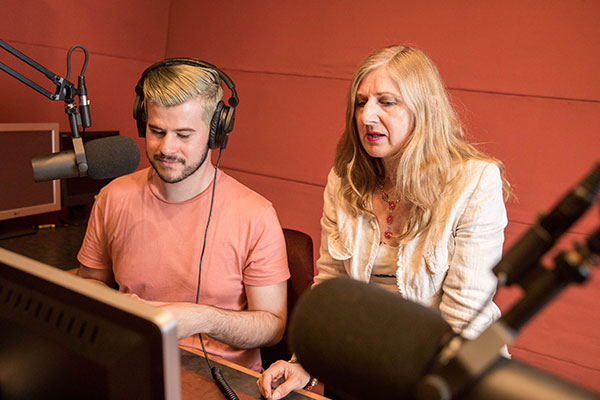 Our programs help you transition from the classroom to the workplace. Macquarie's award-winning Professional and Community Engagement (PACE) units offer you opportunities for real industry experience as part of your degree. 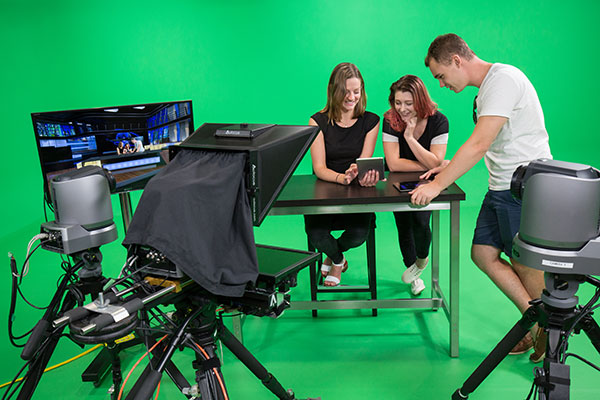 You'll have access to state-of-the-art facilities like our multi-million-dollar media hub. This includes a digital newsroom set up to mirror facilities in use by major broadcasters, and other professional-standard studios and workspaces for screen, music, radio, dance, and digital production.

What our students say

"As a media student, I couldn’t have come to a better uni. The facilities at Macquarie are unbelievable and the teachers are so skilled in their specialties. As a contemporary singer, I undertook the vocal studies stream, which was extremely practical and performance-based, and provided tremendous opportunities to collaborate with other singers.

I was also able to broaden my creative skill set and develop a more rounded musical profile by studying units in music production and composition."