Andrei was born in Russia. He received a Diploma from the Moscow Engineering Physics Institute, Russia, and the PhD degree in Engineering from the Tokyo Institute of Technology, in 1984 and 1997, respectively.

From 1984 to 1994, he spanned a range of positions from an Engineer to Senior Research Scientist in the Institute of Metrology for Time and Space, Moscow, Russia, focussing on research and metrological aspects of time and frequency standards based on trapped ions. From 1998 to 2000, he was a Postdoctoral Fellow in the Optical+Biomedical Engineering Laboratory, The University of Western Australia, and from 2000-2004, became an Australian Postdoctoral Fellow, studying optical coherence tomography for biomedical imaging applications. From 2004-2005, he joined the Centre for Biophotonics and Laser Science as a Lecturer/Australian Research Fellow, and was promoted to a Senior Lecturer/ Australian Research Fellow since 2006. From 2007, he is an Associate Professor in Physics, Macquarie University, Sydney.

Hua’s area of expertise is Opto-electronics and solid-state lasers, focused on high power lasers in laser machining and medical applications, UV and Infrared tunable lasers system in Biophotonics research and applications. In 1993, he received his Bsc from Changchun Institute of Optics and Fine Machine, China. From 1993 to 2000, he worked in various positions from National research institute of Opto-Electronics to industrial leading High-tech. company in China, responsible for design, manufacture and service for a various laser systems, also involving in the management of new application project collaborated with research institute and university.
From 2000, he turned to academic and research career in Macquarie University, Australia. He received a Master degree on the topics of tunable Cr:YAG lasers for optical-telecommunication applications in 2003. From 2004, he worked on the miniature tunable UV cerium fluoride solid-laser ARC project for his PhD study, aimed for Biophotonics application, particularly in laser remote sensing. 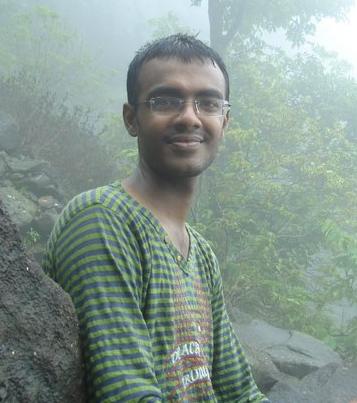 Varun has interest in optical imaging techniques like confocal microscopy, multi-photon microscopy and correlation spectroscopy, both developing and their application into biology. The biological questions regarding various interactions of bio-molecules and their macro consequences is the area of his focus.

He completed postgraduate studies from Cochin University of Science and Technology (CUSAT), Cochin, India by doing MSc Integrated Photonics. He has done several research projects on different areas such as speckle pattern based metrology on metal surfaces, superconductivity and fluorescence correlation spectroscopy (FCS).

Supported by MQRES scholarship scheme, he has completed PhD in Physics at Macquarie University under the supervision of Dr. Andrei Zvyagin. 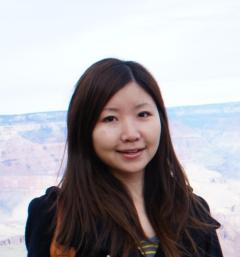 After Zhen Song’s graduation from the Physics and Microelectronics School (now the Physics Department) of Shandong University, China in 2005, she pursued her Master Research in the Ion beam Research and Application Laboratory in the same department. Her research mainly focused on the fabrication of optical channel waveguide (one of the basic components of integrated optics and optoelectronics), on crystals such as KTA, LiNbO3 etc., using ion beam implantation and thermal diffusion method or the combination.

Zhen has completed her PhD research project at Macquarie University under the supervision of A/Professor Andrei Zvyagin, aimed to characterize the skin penetrability to nanoparticles versus size distribution, surface charge and chemical modification. This project also aimed to develop the optical characterization and imaging methodology suitable for in vitro and in vivo application; and synthesis of metal oxide nanoparticles with controllable size distribution and surface functionalization.

Another major interest of Zhen's research is to develop a new type of nanoparticle based molecular probe (lanthanide doped nanocrystal) which is suitable for background free deep tissue imaging.

Annemarie completed her MSc. degree in Medical Physics (Free University, Amsterdam) and in Forensic Sciences (University of Amsterdam) in 2008. Her research projects predominantly involved optical imaging and analysis of blood, both for medical diagnosis and forensic investigations. In particular, detection and age determination of blood stains, as well as functional spectroscopic imaging of the microcirculation were subjects of the research. Since 2009 Annemarie started a “co-tutelle” (joint) PhD research project with Macquarie University and the University of Amsterdam. The project comprises functional spectroscopic imaging of superficial tissue layers for clinical applications. At the Biofocus Research Centre under supervision of Andrei Zvyagin this tissue imaging is advanced towards luminescence-guided imaging using a new-generation of luminescent nanoparticles (“upconversion nanoparticles”) for high-contrast targeted imaging of biotissues.
Other research projects during her Masters were in the fields of Experimental Audiology and Forensic Biometrics. From 2009 till 2011, Annemarie has held an R&D function in a company specialized in imaging the microcirculation. Annemarie expects to complete her PhD thesis in 2013. 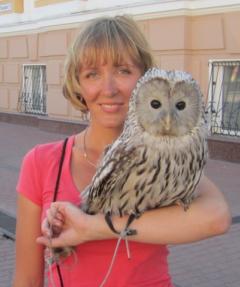 Ekaterina Ivukina joined a research group “Optical Biomedical Imaging and Sensing” (OBIS) to carry out a co-tutelle PhD project related to the design and application of a new molecular probe based on nano-ruby. A targeting part of this molecular probe is represented by a short peptide somatostatin aimed for specific neuron labelling and cancer diagnostic. This co-tutelle project is a result of collaboration between Macquarie University, Sydney, Australia and Laboratory of Molecular Immunology of Institute of Bioorganic Chemistry, Moscow, where Katya is doing her PhD in Biology. Prior she completed her master’s degree in Biology at Voronezh State University working on “Adaptation of soil bacteria to organophosphonate herbicide destruction” in collaboration with Institute of Biochemistry and Physiology of Microorganisms in Russia. 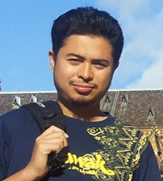 Wan was born in Kelantan, Malaysia. He obtained Master in Physics (Optoelectronic) from Universiti Teknologi Malaysia (UTM) in 2008 researching Ti:sapphire laser oscillator. He completed first degree in Physics in 2004 at the same university. He took up a position of Physics Lecturer at Universiti Teknologi MARA (UiTM), where his research focus was on the fabrication of rare earth doped glasses for laser applications.
Wan’s research interests is on the advanced material area especially photonic material for science and technology application.
Supported by Malaysia Government Scholarship scheme, he is currently doing PhD at Macquarie University. His PhD research project in OBIS addresses the production and characterization of very promising nanoruby material for bioimaging applications.
Email: wan-aizuddin.wan-razali@students.mq.edu.au 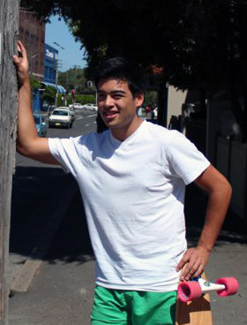 Felix has finished his Bsc in medical engineering at the University of Luebeck in Germany. The focus of his studies has been in the field of biomedical optics and laser physics. During the bachelor’s thesis he did research on the resistance of stonebaskets in lithotripsy and especially in laser lithotripsy at the clinic of Urology in Luebeck.
Felix joined the OBIS research group to carry out his project as an intern, which is part of his master’s degree. The focus of his research is on the conversion efficiency of upconversion nanoparticles (UCNP) in the high excitation intensity regime.