Hope for the future

Hope for the future

What was the aim? 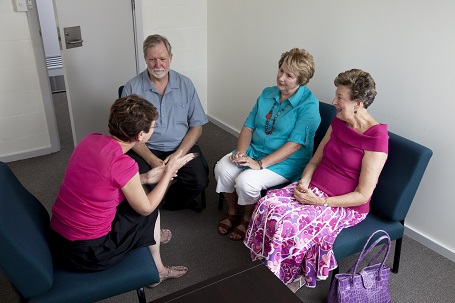 The research aimed to explore whether the way we view the present and the future are associated with our wellbeing in older adulthood. The study explored whether having hope (thinking about the future with clear plans and alternatives and with the confidence that you can achieve them), is associated with wellbeing in a positive way. Is this true even in older adults who have less time ahead of them? On the other hand, the benefits of focusing on the present, particularly the concept of mindfulness has been talked about a lot recently, but not much with retirees. So, the study also explored whether a related concept, experiential avoidance (the process of ignoring, pushing away or distracting yourself from unwanted thoughts and feelings) is also important to wellbeing in older adulthood. For example, what are the consequences of avoiding anxious thoughts, negative emotions like sadness, and regrets, rather than accepting them?

Questionnaires were completed by 259 people over 65 years, with an average age of 75. As well as measures of hope and avoidance, each person also filled in questionnaires about positive affect (happiness), negative affect (such as feeling upset or irritable), and a measure of whether they felt their life had meaning and purpose.

The results suggest people who look to the future with hope had higher happiness and a higher sense of their life being meaningful compared to those who report lower hope. It appears that high hope may lead to higher wellbeing, rather than the reverse, but we need more research to confirm this. This study also found that a tendency to avoid emotions and thoughts was associated with higher negative affect; similar to results in younger adults showing avoidance led to depression.

These findings are important because we now know that when we develop interventions that target older adults we need to target their views of both the present and the future. This way we can potentially reduce negative outcomes, but also increase positive outcomes such as happiness and meaning in life. This research can be used to help guide the development of programs to increase positive ageing among our growing older population.