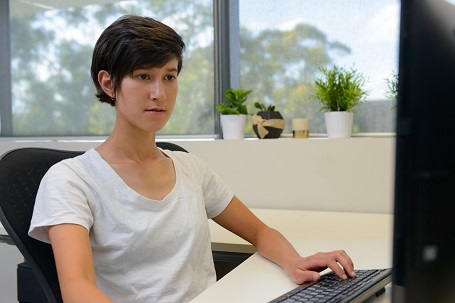 What was the aim of the research

Cyberbullying refers to bullying that occurs online or via mobile phone. It includes such negative behaviors as teasing via text messages, spreading rumours on social media, receiving repeated unwanted messages, and being socially excluded and has become an increasing problem in high schools. Being the victim of cyber bullying has been found to be associated with a range of mental health problems, such as higher depressive symptoms and higher social anxiety symptoms. This study investigated possible underlying factors that may account for the relationship between cyber victimisation and internalising difficulties (depressive symptoms and social anxiety symptoms). The specific factors we examined were emotion dysregulation (inability to successfully control one’s emotions) and coping self-efficacy (belief about one’s ability to cope with being bullied online).

How did you do it

459 high school students (199 girls, 260 boys) from five independent middle-class schools across the Sydney region in grades 8 and 10 completed a self-report questionnaire in school. They were asked questions about their cyberbullying participation, social anxiety symptoms, depressive symptoms, coping self-efficacy (their belief in their ability to cope), and emotion dysregulation (any unusual emotional responses).

What did you find

What does this mean in practice

These results suggest that when dealing with cyberbullying adolescents may benefit from increased coping self-efficacy and emotion regulation skills to help them cope with the negative experience. By strengthening these skills, adolescents who are bullied online may be able to buffer the negative effects that cyberbullying can have on their mental health.