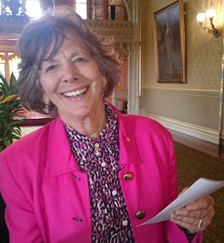 Jenny Learmont has been a member of the Mental Health Review Tribunal since 2006, is vice-president of Mental Health Carers, NSW, ARFAMI, and is an Honorary Associate of the Centre for Virus Research at the Westmead Millennium Institute.

For the past forty years she has acted as a carer and for more than twenty five years she has been committed to educating the community—consumers, carers and health-professionals—about anxiety disorders, and to breaking down prejudicial attitudes towards individuals with mental illness and in lessening discrimination against them. Her activities have been voluntary and unpaid.

She originally focused on Obsessive Compulsive Disorder (OCD) but since 1994 has broadened her interest to cover all anxiety disorders. Ms Learmont has also sought to extend the knowledge and awareness of health practitioners concerning the need for dual diagnosis and treatment of mental illness among drug and alcohol users. In the mid-1990s, she set up, and was the Chairperson of, the Anxiety Disorders Alliance. (ADA).  ADA was a standing committee of the Mental Health Association NSW. During her time as Chair she introduced a self-help programme, “Triumph over Phobia and OCD” (TOP NSW), modelled on the programme of Professor Isaac Marks, Maudsley Hospital, London.  She commenced the “Small Step” program for primary school teachers and parents, an information line on anxiety disorders, and oversaw the establishment of many support groups for consumers and carers.

In 2006 Jenny established the Anxiety Disorders Association NSW Inc, (ADAN). ADAN was established to promote an awareness of anxiety disorders in NSW, the treatments available, the needs of those with these conditions, and to assist health professionals through workshops, seminars, and conferences.

Since 2007 ADAN, in conjunction with the national peak body devoted to depression (and anxiety disorders) beyondblue, university researchers, local community groups, the NSW Mental Health Association, Life-Line, and local Councils, has convened a number of community forums on anxiety disorders for the general public. In 2008 Ms Learmont convened a successful Australasian Anxiety Conference in Sydney,

Ms Learmont was a founding member and then Chair of the NSW Consumers Advisory Committee on Mental Health, and has been a member of many state mental health committees, Chair of the Anxiety Disorders Alliance and its representative on the Mental Health Association of NSW Board. She has been on many panels, and is currently President of the Anxiety Disorders Association NSW Inc. 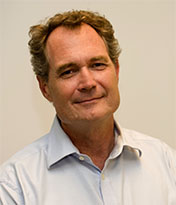 Professor Lovibond has served as Chair of the NSW Branch of the Australian Association for Cognitive Behaviour Therapy (AACBT; 1990-1991), National President of the AACBT (1991-1992), and convenor of the 14th National AACBT Conference held in Sydney in 1991.  He is a Fellow of the Australian Psychological Society and has held a number of positions within APS, including Chair of the Organising Committee for the 39th National Conference held in Sydney in 2004.  He is also a Fellow of the Association for Psychological Science, and is a Consulting Editor for the Journal of Abnormal Psychology and Learning and Behavior.  He is a past member of the Social Economic and Behavioural Sciences panel of the Australian Research Council.

Professor Simon Handley is the Executive Dean of the Faculty of Human Sciences, Macquarie University.  He was the Head of the School of Psychology and Associate Dean at the University of Plymouth, UK. He holds a PhD Psychology from Cardiff University, and joined Plymouth University in 1993 as a lecturer. Over the following 22 years he served in various roles including Head of Psychology, Associate Deanships (Faculty and Research), and Dean of the Science Faculty. He has an extensive research and publication record in the fields of reasoning and judgment and held, among other responsibilities, the chair of the Economic and Social Research Council Future Research Leaders Commissioning Panel, and membership of the ESRC Training and Skills Committee. In November 2010 John was appointed Chair of the Board of the Little Company of Mary Health Care Ltd which is responsible for over twenty public and private hospitals, aged care institutions and extensive community care provision throughout every State and Territory of Australia except Queensland and Western Australia.

Until 2011 John also served as the Chair of the NSW Centenary of Anzac Commemoration Committee which developed a series of events to commemorate Australia’s involvement in WW1.

John is a member of the Advisory Committee for the Centre for Emotional Health at Macquarie University and in 2009 was appointed as an Adjunct Professor of Law at the University of Western Sydney.

In October 2011 John was appointed Chair of the McKell Institute, a progressive independent think tank based in New South Wales and designed to encourage community debate with practical, thought provoking ideas through commissioned research.

John has chaired the judging panels for the NSW Premier’s Community Awards since 2010 and was an Australia Day Ambassador in 2011.

Prior to his appointment at Alzheimer’s Australia NSW, John was a member of the NSW Parliament between 1995 and 2008. He was sworn in as Deputy Premier in August 2005 and was NSW Transport Minister from January 2005 and Minister for Finance from April 2007 until his resignation from politics in September 2008.

Previously he had held six other Ministerial appointments including the portfolios of State Development, Police (twice), Education and Training, Corrective Services, Fair Trading and Sport and Recreation. He was also Minister responsible for World Youth Day 2008, the APEC Conference in 2007 and other major events.  He also served as the Legislative Assembly representative on the Macquarie University Council for six years.

John graduated in Arts and Law from the University of NSW. He also holds a Master of Arts from Macquarie University and a Diploma of Education from Sydney Teachers College. He worked as a teacher for 16 years until his election to Parliament in 1995.

He is married to Deborah and they have five children – three girls and two boys.

Catherine became the NSW Mental Health Commission in 2017 following her extensive experience within the sector. She began her career improving the effectiveness of health services to meet the needs of local communities. Today, her work continues to envision a networked and collaborative approach for mental health and wellbeing services and supports.

Julie is driven by the desire to see people get to finish their education no matter what their circumstance. Through the Small Steps seminars with WayAhead, she enjoys guiding, supporting and educating the community at large.