Free amino acids found within plasma are useful biochemical markers for the diagnosis and clinical management of inborn errors of metabolism and assessment of nutritional status in humans and animals. APAF has been involved in studies investigating the effect of acute serotonin and/or dopamine depletion resulting from dietary depletion of tryptophan and/or tyrosine/phenylalanine on psychiatric disorders; and the effects of amino acid supplementation on exercise-induced fatigue.

Free amino acids are also of interest in plant metabolism studies and food science where they serve as substrates for fermentation-based processes, contribute to food flavour and are implicated in acrylamide formation during cooking.

Our capability to analyse for free amino acids has been expanded by the recent establishment of a UPLC based method that currently can separate 36 physiological amino acids in under 15 minutes. As well as the 20 common amino acids; Ornithine, Citrulline, Hydroxproline, Hydroxylysine, Taurine, GABA, Methionine sulfoxide, Homocystine, Alloisoleucine and several other less abundant amino acids may be analysed in a single run. 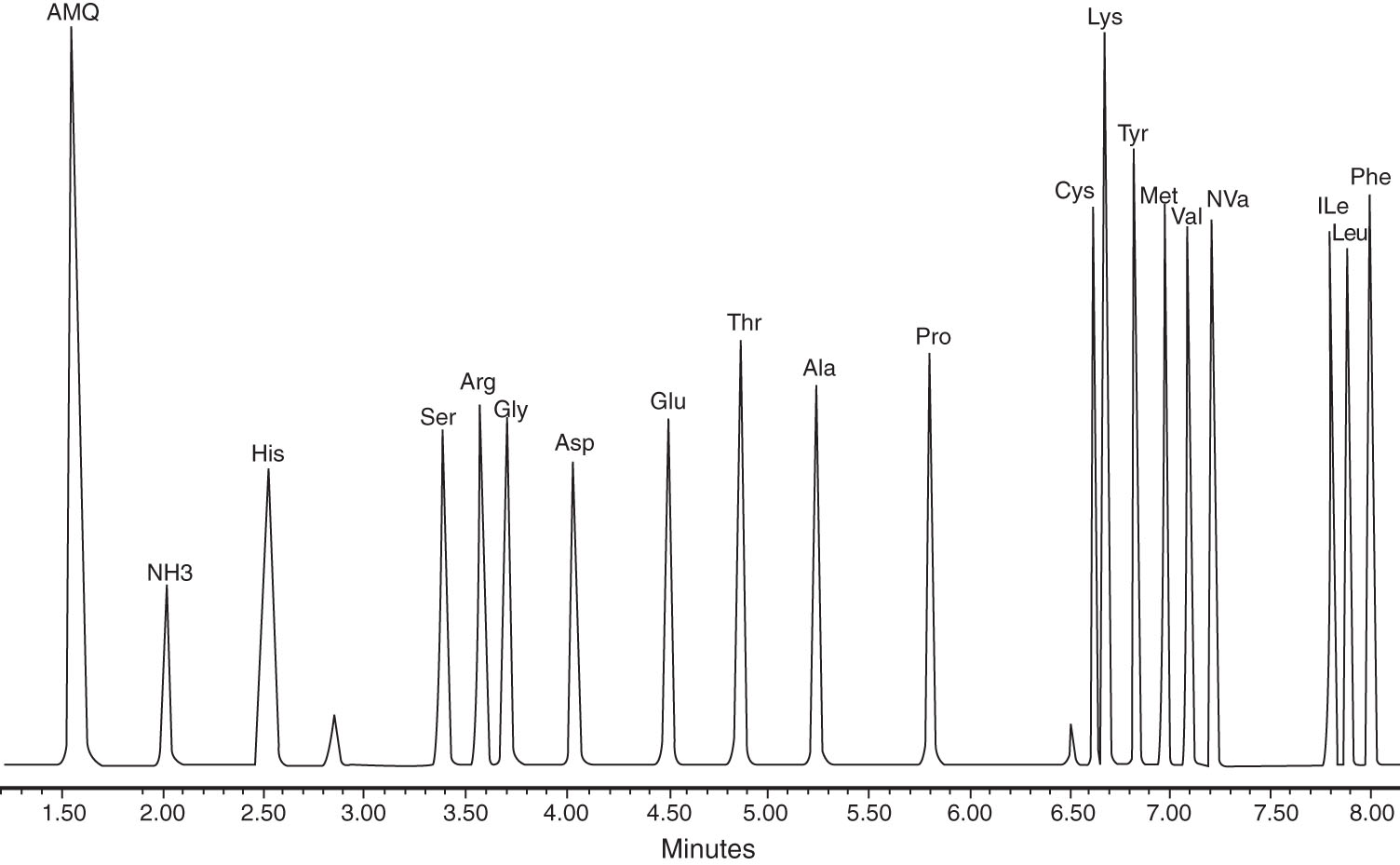 These maybe found at our Forms, Terms and Conditions page