Video games have been blamed for causing violence, aggression, and social withdrawal. But a new Macquarie University collaboration is seeking to upend the negativity, seeing the potential for players to instead challenge their ethical decision-making skills. 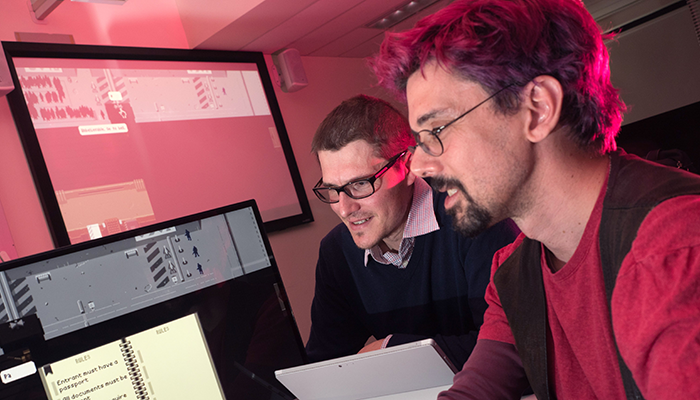 “We wanted to see whether people are actually using their moral skills in the game, and how it matches up to their real-world morality,” says Paul, who came up with the ethical choices players must make, from stealing money off a homeless man to choosing whether to kill one child to save three.

Jane was then responsible for shaping these outlandish scenarios into a logical storyline that would engross players. The outcome is a film-noir style adventure set in the town cinema of the small 1940s post-war fictional town of Mayhem, New South Wales. Something is seriously amiss, and it’s up to Frankie, the usher and town babysitter, to find out. 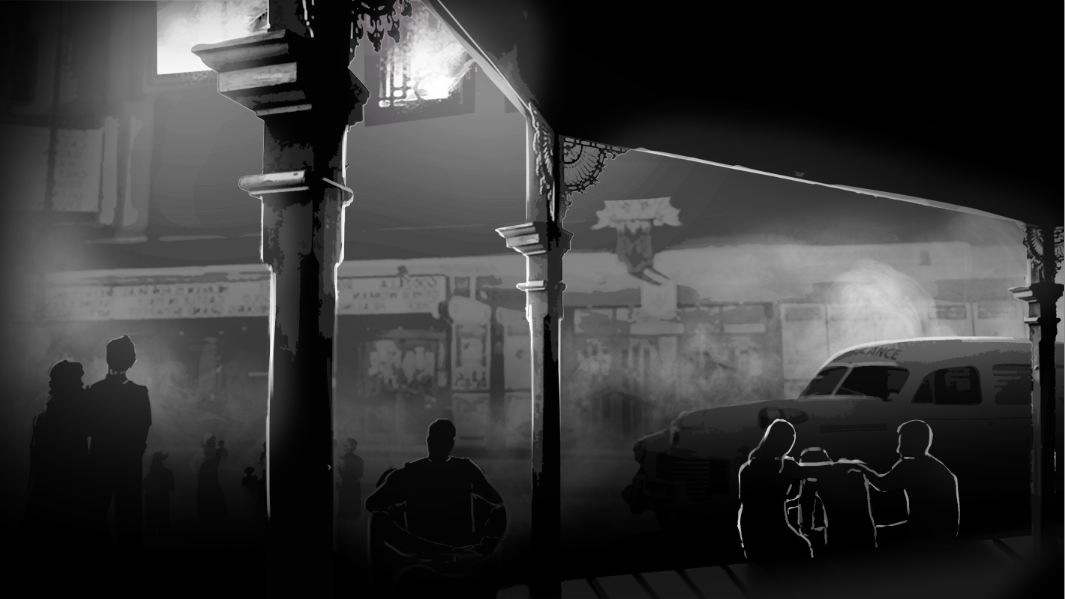 Film-noir style: A scene from The Great Fire.

“Collaborative work is at its best when it’s not something you each could have done individually,” says Paul.

“The final ethical choice players must make in the game wasn’t something we had planned beforehand, it arose organically out of the story that Jane wrote, and it has turned out to be the most engaging and hotly debated dilemma.”

Unlike typical moral psychology tests where people ponder similar questions in isolation, in the world of The Great Fire players witness the impacts of their decisions and the rich storyline adds new dimensions to these choices.

Game features such as time pressure to make decisions, and a ‘morality meter’ that awards ‘good’ or ‘bad’ points for certain choices, further complicate players’ moral reasoning, providing a rich source of research possibilities for the team. Ethical quandaries: Players' choices are measuring on the 'morality meter'

“Video games allow people to make these kinds of choices without real-world consequences, so it is debatable whether people are engaging their morality in the choices they make, or if it’s just role-play,” says Malcolm.

“In testing we have seen a high level of engagement with the story, and that people are thinking deeply about the choices they make and enjoy discussing why they made these choices.

“A lot of the fun in the game is because of the moral questions posed, not in spite of them – it’s not just an educational game with a ‘fun’ exterior.”

By building the game concept from scratch, the team was able to hone in on exactly the aspects of moral decision-making they wanted to study while leaving open the possibility of adapting it for further experiments. The Great Fire was launched to the public as part of the Digital Writer’s Festival last month, and the team aims to continue to tweak it to examine different aspects of moral judgement and moral sensitivity.

Play the game now and test out your own moral decision-making ability.