Affricates are often described as being intermediate between oral stops and fricatives. In other words, they are said to share features of both. They have occlusions and bursts like stops. They also have aspiration phases, like stops, but these are said to be fricative-like in duration. These features are certainly true for languages that discriminate phonemically between stops and affricates of the same place of articulation. This is not necessarily the case in English, where the apical stops are alveolar and the affricates are post-alveolar. That is these sounds have a place of articulation contrast. This reduces the need for these sounds to be distinguished by the duration of their aspiration phase. Figure 19: Spectrogram of /tS/. Click anywhere on the image to hear the sound. 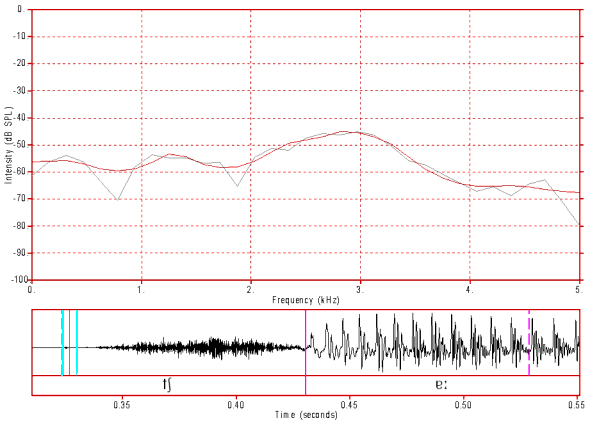 Figure 20: FFT/LPC spectrum of /tS/ burst. Click anywhere on the image to hear the sound.

Like many stop bursts, the /tS/ burst spectrum is relatively flat, but it does have a braod peak near the front cavity resonance peak seen in the aspiration spectrum, below. Figure 21: FFT/LPC spectrum of /tS/ aspiration. Click anywhere on the image to hear the sound.

The main peak in this spectrum, which corresponds to the fundamental resonance of the front cavity (between the constriction and the lips), peaks at 2500 Hz. This is very similar to the spectrum of /S/. Figure 22: Spectrogram of /dZ/. Click anywhere on the image to hear the sound.

Several features are evident in this spectrogram. This is a pre-voiced sound (negative VOT) with about 0.15 seconds of voicing before the burst. This might be a characteristic of this speaker's careful articulation of these syllables in isolation. His voiced oral stops also have similar -ve VOTs. What is unusual about this sound (ie. when compared to the voiced oral stops) is the duration of its aspiration phase. A 0.05 seconds aspiration is quite long, twice as long as his /g/ aspiration and about 5 times longer than his aspiration for /d/ and /b/. This suggests that, unlike /tS/, /dZ/ could be said to share the features of a stop (occlusion and burst) and a fricative (an aspiration phase longer than for a voiced stop, and therefore more fricative like). Note, however, that this aspiration phase is voiceless.

You should also note that the format transitions are similar to those of /tS/ and /S/ as you would expect given that they all have the same place of articulation. Figure 23: FFT/LPC spectrum of /dZ/ burst. Click anywhere on the image to hear the sound.

The spectrum of this burst is similar to that of the /tS/ burst, except that the burst coincided with some voicing and so there is also evidence of a voice murmur below about 250 Hz. Figure 24: FFT/LPC spectrum of /dZ/ aspiration. Click anywhere on the image to hear the sound.

This spectrum is very similar to those of /S/ and /tS/, with its major resonance peak at about 2500 Hz.

Figure 25: FFT/LPC spectrum of /dZ/ occlusion. Click anywhere on the image to hear the sound.